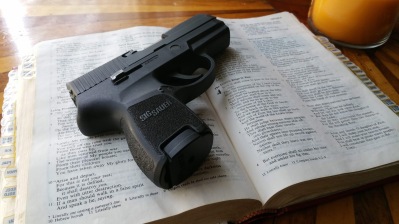 In our continuing discussion of the false foundational premise, here are two more.

The Bible is the living word of God and should be obeyed.

They were men of their times and they did not understand a fraction of what we understand today, such as:

The Bible is replete with historical, geographical and scientific errors, as well as contradictions.

God’s values, as revealed by the Bible, are not compatible with our value system today. He is an angry vengeful killer. God tells a man to kill his son. He demonstrates his love for Man by allowing his son to be tortured and killed. He tells the elders to stone a woman who  was found to be a non-virgin on her wedding night. He ripped babies out of the wombs of women. He threatens to lay waste to towns and kill everyone including children. Slavery is permissible and it’s OK to beat the slave and even kill them. It’s forbidden for women to have power over or even teach men anything. And the most perplexing for me, God is so needy that he tells man that he must worship and obey him, or he will kill him. The Bible is a very violent book.

Now the New Testament portrays a loving God, although if you don’t believe in Jesus you are going to be tortured for eternity. And I understand there are many passages in both the Old and New Testaments  that convey great wisdom and provide solace for those who believe. The values expressed by Jesus are wonderful.

The Bible might be the inspiration of men who believed in God, however it is not the word of God, nor should one obey all of it tenants.

“Religious traditions portray holy books as the ‘word of God’. But God doesn’t speak to us. God is the primal silence that speaks through us. All words are human words and conditioned by the human experience of living in time. They are at best partial expressions of a truth that can never be articulated. There is no ‘word of God’, but if there were it would be only one word. And that word is ‘love’.” Tim Freke

So, my contention is that the Foundational Premise that the Bible is the living word of God and should be obeyed is false.

Now when you are talking to someone who believes that the Bible is the word of God, you will find that they justify their view by quoting the Bible; just the good parts. There is no other way they can have a discussion because that foundational view is essential to their thinking. No wonder you are going to get a fight.

A rationalistic scientific way of thinking is the only way to the truth of reality.

Ha! Bet you did not see that coming. Is it false? Hell, I don’t know. A term for this way of thinking is physicalism. The premise is that  all reality is based on material things.

Am I willing to examine whether or not it is false? Of course.

So, what are your thoughts on the Bible?

Am I being too harsh or am I just calling it the way it is?

This site uses Akismet to reduce spam. Learn how your comment data is processed.